CAP Program Makes It Into the Budget; Neighborhood Associations Await Decisions on Grants for Projects

San Jose San Jose’s Community Action and Pride grant program was saved for another year thanks to money leftover from other years, San Jose City Council support and lobbying from residents. 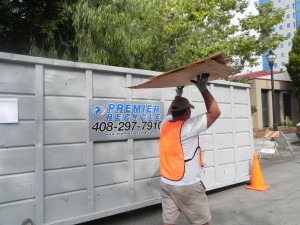 Neighborhood Associations across San Jose are hoping that funding for projects, activities and events will continue beyond the 2012-2013 budget.

Fifty-four groups applied by the June 22, 2012, deadline for grants ranging from $300 to $1,500 in Cycle 26.  The groups will be notified in mid-July if they received some of the $100,000 grant fund, said Ken Podgorsek, director of United Neighborhoods of Santa Clara County, the agency that administers the CAP grants for the city.

Sixty-four groups were awarded CAP grants for this fiscal year, which ends June 30, 2012. The associations spent their money on such events as National Night Out, holiday mixers and summer socials; such activities as cleanups, yard sales, resource fairs and movie nights; and to pay for the costs of keeping a group going – flyers and newsletters, food for meetings and forums, web sites, hotlines, UNSCC dues and insurance required for events.  Click here for a complete list of funded activities for the 2011-2012 year.

The grants are administered for the city by United Neighborhoods of Santa Clara County, which also provides $111 worth of insurance for each member association. UNSCC dues are $200 a year. Administration costs last year were $10,000, Podgorsek said.

The CAP grants  last year range from $500 to $5,000, and applicants submit detailed accounts of how the money will be used. Grantees must provide matching funds in the form of volunteer hours, but groups also leverage the city’s investment by soliciting donations from businesses and other neighborhoods interests for an event.